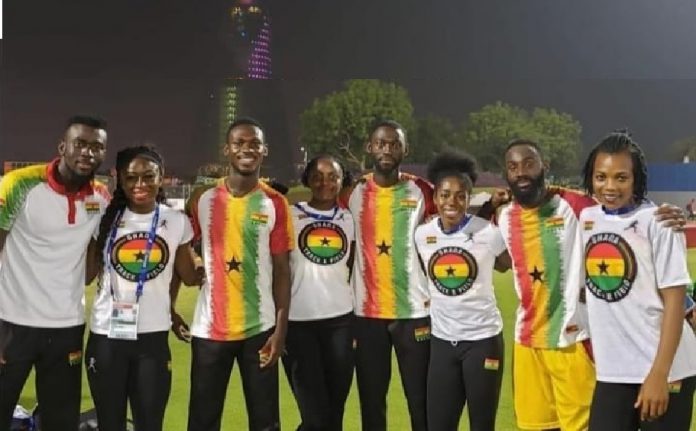 The Ministry of Youth and Sports and the National Sports Authority have released $10,000 and secured travel tickets for the four-member national men and four women 100m relay teams who left Ghana for Poland on Wednesday for the World Athletics relay.

The World Athletics Relay, which is scheduled for Saturday, May 1, 2021, will serve as a qualification round for the upcoming Tokyo 2020 Olympics games.

Ghana’s team will be facing France, Brazil, Netherlands, Japan and other nations who have fielded teams for the championship.

The women’s quartet, who are looking forward to make their second successive debut after making an appearance at the Rio Olympics in 2016, are Gemma Achampong, Hor Halutie, Flings Owusu-Agyapong and Persis William-Mensah.