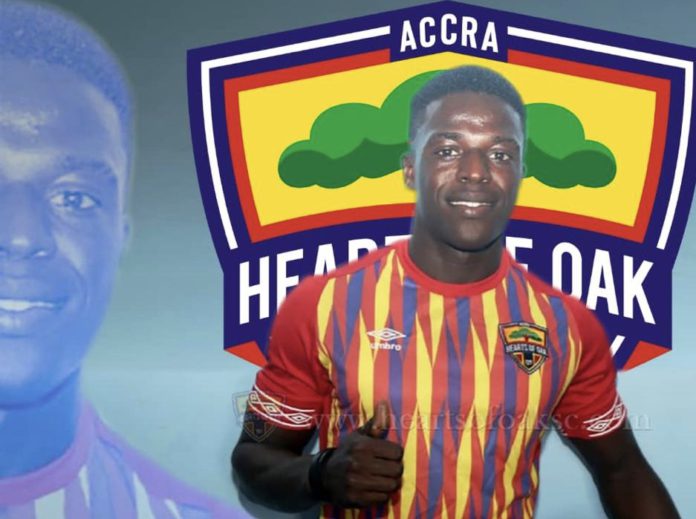 Ghana Premier League side, Hearts of Oak, has announced the signing of a teenager, Isaac Mensah, from Division One side, Nkoranza Warriors.

The Phobians confirmed the signing of the forward on Wednesday.

The teenager signed a three-year contract with the Rainbow club, putting to bed strong rumours of the big move, which have lingered for the past few months.

He bagged eight goals for Nkoranza Warriors in zone 1 of the recently annulled 2019/2020  National Division One League.