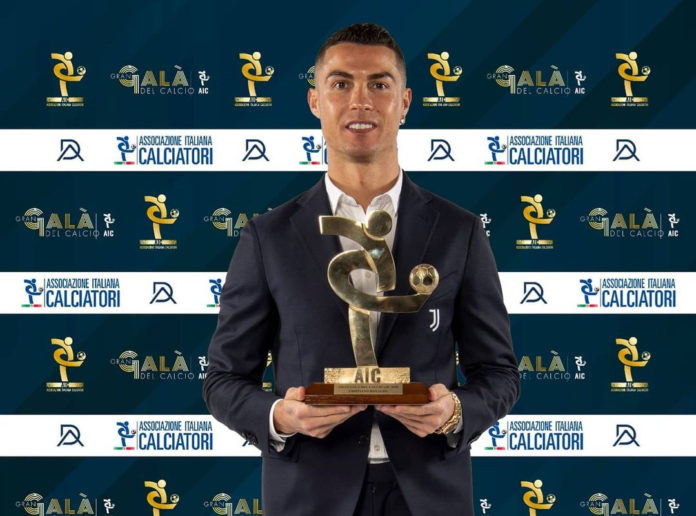 The Juventus forward was voted player of the year by his peers, referees and coaches after scoring 31 in 33 in the league.

Cristiano Ronaldo has added another personal gong to his collection after being named the 2020 player of the year in Italy following a vote by players, referees and coaches. The Juventus forward was awarded the honour after rattling in 31 goals in 33 Serie A games last season as the Old Lady landed another Scudetto title.

“I would like to thank my teammates, who made this award possible,” Ronaldo said.

“And to all the players who voted for me. Consistency, confidence in my strength, hard work and passion for the game are the secrets to enjoying football, as well as motivation and discipline, without which you can’t think about carrying on playing when you’re 35, 36 or 40.”

Ronaldo: Sampdoria goal “the best header of my career.”

Ronaldo also analysed his second season at Juventus: “It was positive and strange at the same time. At the team level we won the Scudetto, so we did well.”

The Portuguese also said that his goal against Sampdoria was his favourite of the season. “That was the best header of my career, there’s no doubt about that.”