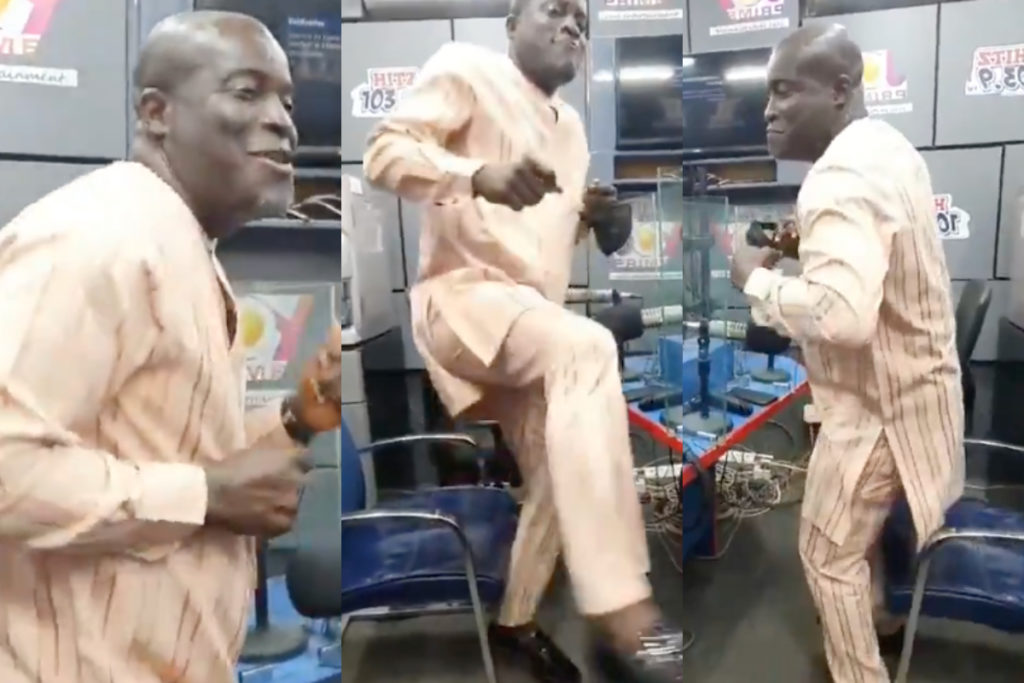 Former Member of Parliament for Tema East Constituency, Titus Glover, has proven once again that he loves entertainment and takes delight in entertaining others too.

The former Deputy Minister of Transport did not disappoint when he took his turn on Hitz FM’s DayBreak Hitz morning show.

To the shock of the audience, Mr Glover started the show with wild dance moves as he displayed a lot of energy.

In the video which has gone viral, the former MP is seen dancing to Keche’s no dulling which features Kuami Eugene with much excitement as he sang along.

During the 2020 election campaign, the politician mounted a rally stage and sang Shatta Wale’s obodobidi to show Ghanaians his other side apart from politics.

He has indeed proved once again that when it comes to rap, he can’t be left behind as he performed effortlessly.

The former MP lost the Tema East seat in the 2020 election to his NDC contender, Isaac Ashai Odamtten.

Watch the video attached below: