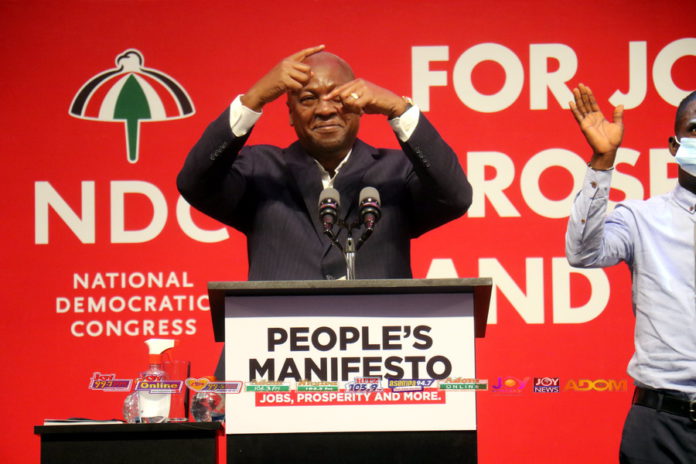 A member of the National Democratic Congress (NDC) Campaign Team says the party’s Presidential Candidate is not just competing against President Nana Akufo-Addo but all the factors that affect the quality of life of Ghanaians.

Julian Yaw Cobbinah said the mission of John Dramani Mahama in the upcoming presidential election is to rescue Ghanaians from mass corruption and shady deals carried out by the governing New Patriotic Party (NPP).

“His Excellency John Mahama isn’t running against President Akufo-Addo alone but against corruption, nepotism, privatization of public wealth, and political arrogance,” he said.

Mr Cobbinah who doubles as one of the spokespersons of the NDC on Youth Development was reacting to the Government’s controversial Agyapa deal that has dominated discussions in the country.

The Agyapa royalty is being created as a gold royalty company with the purpose of offering opportunities to gold mining companies that want to develop new mining projects in exchange for royalties or revenue.

The agreement has come under severe criticisms with over 22 civil society organisations calling for its suspension.

Mr Cobbinah believes the government has a lot to hide that is the reason the company was incorporated in the tax haven, Jersey Island.

“December 7, 2020, election is H.E. John Mahama versus the factors that pull our country back,” he said.

The other forces of setbacks he explained are: “government’s ineptitude, chronic capitalism, PDS dealers, Agyapa Royalties, poverty, and crude patriarchy, among others.”