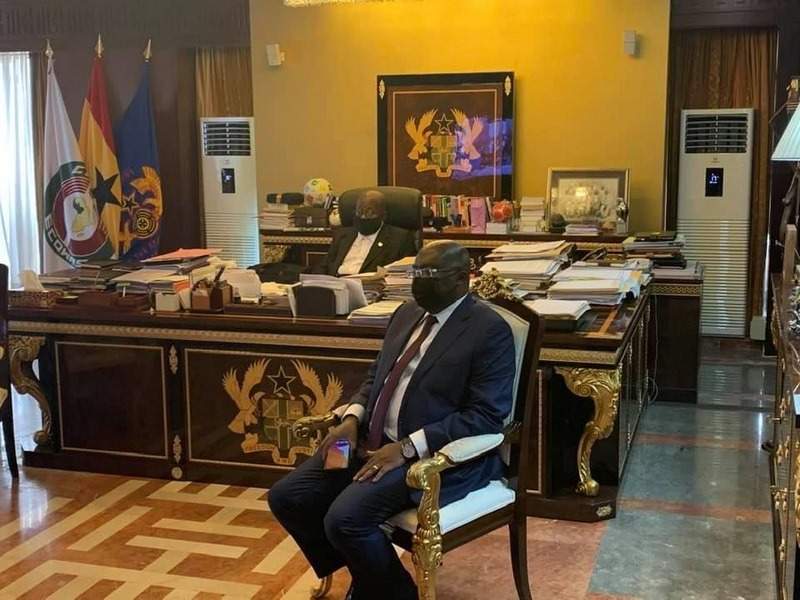 President Akufo-Addo and Vice President Dr Mahamudu Bawumia are celebrating the 2020 election win once again after the Supreme Court ruled the election petition in their favour.

President Akufo-Addo was joined by his Vice, Dr Mahamudu Bawumia and they were seen watching proceedings together.

Dr Bawumia after hearing the judgment stood to clap and fist bump the president. He congratulated President Akufo-Addo once again on his win.

The President who was also pleased with the ruling congratulated his Vice.

The two statemen shared a laugh and continued to watch the happenings in the court.

The Supreme Court of Ghana has upheld the re-election of President Akufo-Addo as president of Ghana. The decision means he was validly elected during the December 7, 2020, presidential elections.

John Mahama was challenging the results of the polls insisting that none of the nine presidential candidates obtained the mandatory 50%+1 constitutional threshold to be declared the winner of the polls.