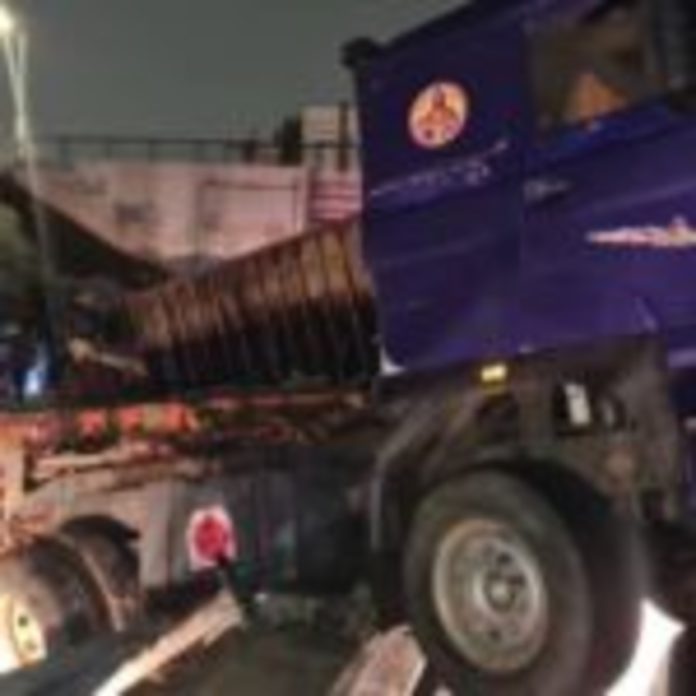 A cargo truck, believed to be carrying gallons of engine oil, has skidded off one of the flyovers at the Kwame Nkrumah Interchange in Accra.

The incident, according to a witness, occurred around 9:00pm on Friday with no casualty recorded.

According to reports, the driver of the vehicle with registration number GT 8337 – X was travelling from the Old Obra Spot towards Awudome when the incident.

The truck is said to have reversed midway into its journey, causing damage to the railings on the road and skidded off.

Two containers on the cargo truck is said to have fallen off with the gallons of engine oil spreading on the road.

Police and Fire Service personnel were deployed to the scene to clear the truck off the road.