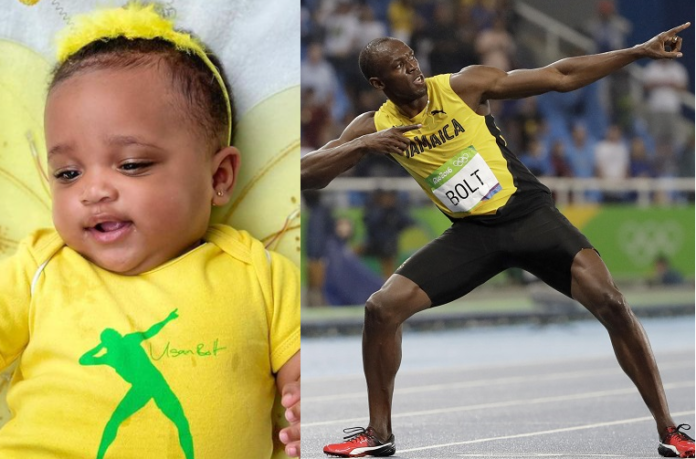 When the eight-time Olympic medallist announced the birth of his daughter last year, his fans were amazed at his choice of name given his prowess on the track.

Being the athlete’s first child with his girlfriend Kasi Bennett, Bolt won the hearts of many when he wrote a beautiful piece on Instagram to announce her entry into the world.

“I look forward to what the future will bring for us but be reassured that I will be the rock for this family,” read part of the caption on his Instagram page.

Ever since he introduced the daughter to the world, the 34-year-old has time and again shown just how much he enjoys being a father to the little girl through photos and videos of him babysitting her.