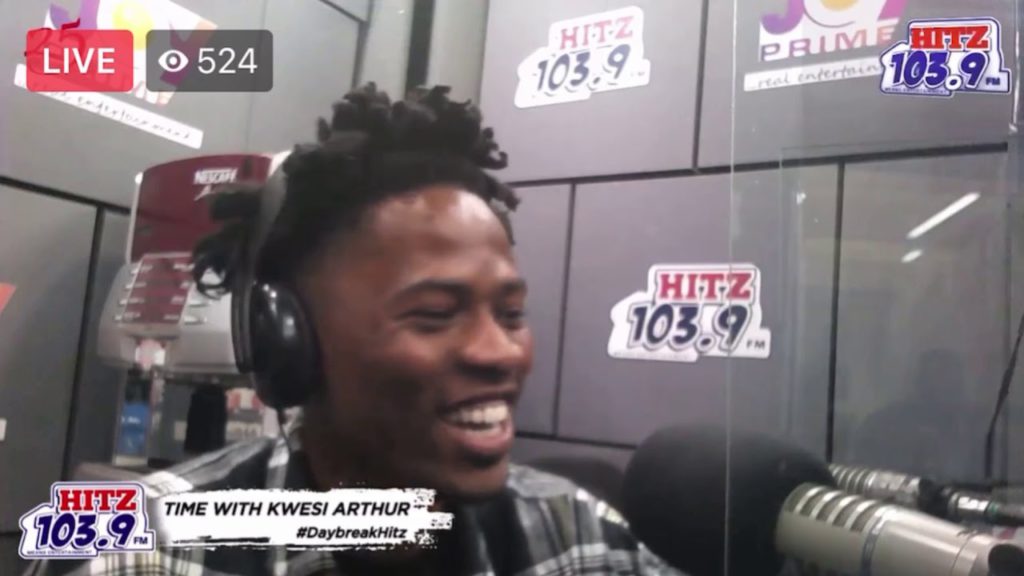 Kwesi Arthur’s father, Samuel Danso Arthur, says his son can do whatever he wants in the music industry but he has listed three things he wouldn’t want him to do.

The man, who has a strong Christian faith, said he will never want to see his son wearing earrings, inking tattoos or keeping dreadlocks.

This conversation came up in an interview on Daybreak Hitz on Hitz FM on December 18, when Mr Arthur surprised his son with a phone-in interview.

According to him, he would want his son to remain the gentleman he knows, adding that, he serves as a role model to a lot of less-privileged children and that should be the norm.

The hair will go down again. The thing is I want him to build a legacy without any blemish… society looks down on others which is very bad. If you don’t know someone’s background don’t look down on that person. I have a taxi and when people talk about musicians his name actually pops up.

People talk about him and they don’t know it’s me. He has a following and they follow him seriously and because he is a symbol of simplicity I want him to remain real.

I don’t want him to pierce his ear and I don’t want tattoos and at the same time I don’t want the hair to overgrow. The hair he has now is grown and it doesn’t look simple too.

I want him to be one of the finest artistes in the world. I want him to still remain simple and remember he comes from a poor background, he said.