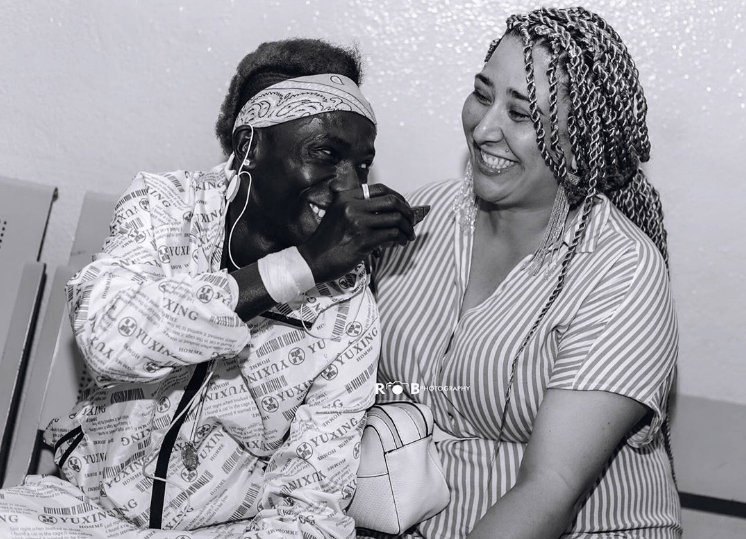 After successfully conquering her heart, Patapaa has finally recruited his German wife, Liha Miller into the entertainment industry.

The two are collaborating for an incoming track titled Madi which will officially be out on Thursday, January 21.

The interracial couple used a photo taken at their traditional wedding ceremony as the music cover.

In a snippet of the music video they released, Queen Peezy, a name she earned as the first lady of the Pa2pa Sojas, was spotted on a motorbike.

She wore her acting cape as the cameras flash in her face.

She is currently learning the local language, and is doing tremendously well in pidgin.