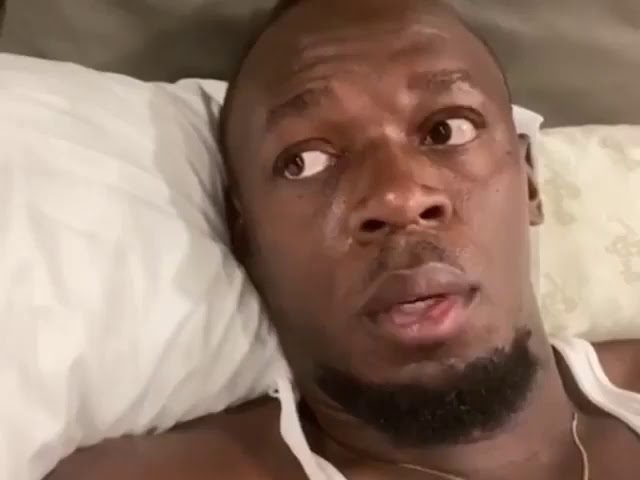 Usain Bolt has confirmed he is self-isolating after taking a Covid-19 test just days after partying with guests including England star Raheem Sterling for his 34th birthday in Jamaica.

The sprint star, who turned 34 on Friday, posted a video on his Twitter page after reports from Nationwide90fm, a radio station in Jamaica, that he had contracted the deadly disease.

The Olympic legend confirmed he is in self-isolation at his home in Jamaica after taking a Covid-19 test on Saturday.

However the retired athlete neither confirmed or denied having Covid-19. But he does say he is not suffering from any symptoms.

Lying in bed, he said: ‘Good morning everybody, just waking up. Like everybody, I’ve checked social media, social media’s saying I’m confirmed [as having coronavirus]. I did a test on Saturday because I have work [abroad].

‘I’m trying to be responsible so I’m going to stay in for me and my friends. Also, I have no symptoms.

‘I’m going to quarantine myself and wait to see what the protocol is. Until then, I’m quarantined by myself and just taking it easy. Be safe out there.’

Bolt was honoured with a surprise birthday party on August 21 which was attended by a host of big names.

Sterling’s season finished on August 15 when City were knocked out of the Champions League, and the team have been granted a delayed start to the 2020/21 season because of their European involvement.

Footage from the party showed Bolt laughing and dancing with his guests and even taking the microphone while speakers blared out an Adele song at the outdoor bash.

The guests also danced to the song Lockdown which was produced by Jamaican reggae singer Koffee in reference to the pandemic.