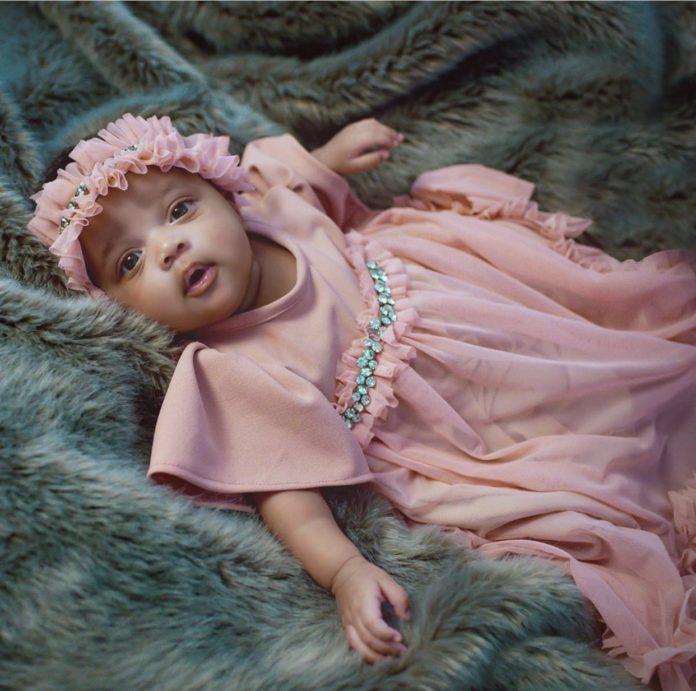 He’s the fastest man of all time, and now his baby daughter looks destined to follow in his footsteps after her name was revealed.

Usain Bolt shared pictures of his first child on Twitter as he wished his partner Kasi Bennett happy birthday, saying they have “started a new chapter together with our daughter Olympia Lightning Bolt.”

“I want nothing but happiness for you and will continue to do my best to keep a smile on your face,” he added.

It is the first time the couple have confirmed their daughter’s name since Bennett gave birth on 17 May.

Jamaican Prime Minister, Andrew Holness, congratulated Bolt and Bennett at the time on the arrival of their baby girl.

Bennett has been in a relationship with the Jamaican former sprinter for several years.

The couple have kept their relationship fairly private, and are not often pictured together in public, but Bolt confirmed their romance in 2016.

The eight-time Olympic gold medallist, who holds world records in the 100m, 200m and 4 x 100m relay, retired from athletics after the 2017 World Championships.

He is the only sprinter to win the Olympic 100m and 200m titles at three consecutive Games.

Bolt went on to pursue his dream to become a professional footballer, training with Norwegian club Stromsgodset and turning down a deal with Maltese club Valletta before joining Australian club Central Coast Mariners.

However, his A-League career lasted just eight weeks and in January 2019 he announced he was taking a step back from sport to focus on a business career.