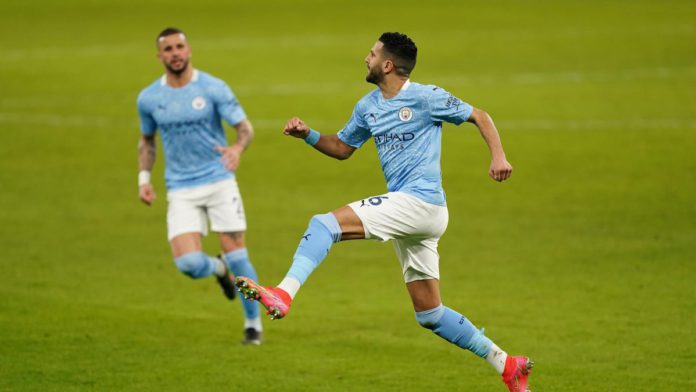 Manchester City returned to winning ways with a 5-2 victory over Southampton to move 14 points clear at the top of the Premier League.

After their long winning run was ended with defeat at the hands of Manchester United last weekend, City looked to be suffering from a hangover as Southampton dominated the early exchanges.

City came to life on 15 minutes when Kevin De Bruyne was on hand to cap a fine passing move with the opening goal.

Saints got a deserved equaliser when James Ward-Prowse slotted home from the penalty spot after Aymeric Laporte had hauled down Jannik Vestergaard in the box.

There was controversy mid-way through the first half as Phil Foden stayed on his feet when attempting to skip past Alex McCarthy and he was not given a penalty despite the Saints goalkeeper clearly impeding the City youngster.

The Foden incident did not prove to be telling, as Riyad Mahrez pounced on a mis-placed pass from Che Adams to curl home from 18 yards, and on the stroke of half-time Ilkay Gundogan was on hand to stab the ball home after a shot from Mahrez had hit a post.

Mahrez got his second of the match with a curling finish on 55 minutes, but City were punished for some awful defending as Adams cut the gap within 60 seconds.

The Southampton revival was short lived as De Bruyne collected a cushioned pass from Foden before slotting into the bottom corner to nip in the bud any talk of City faltering with the winning line in sight.