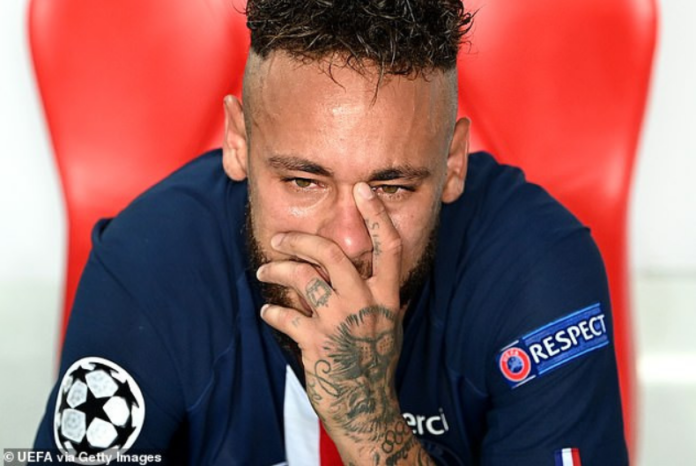 Football star, Neymar, was left in tears after his club side Paris st Germain, suffered a 1-0 Champions League final loss to Bayern Munich in Lisbon on Sunday night, August 23.

At the end of the match, Neymar, 28, had to be consoled in the dugout by PSG sporting director Leonardo.

If PSG had won, it would have been Neymar’s first champions league title since leaving Barcelona in 2016.