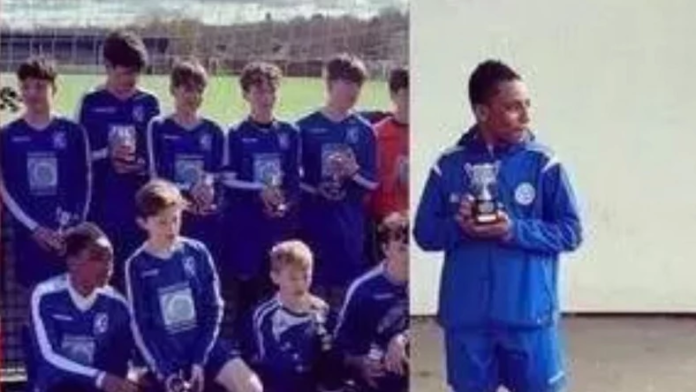 Asamoah Gyan’s first son, Frederick Gyan, wants to follow the footsteps of his father.
Frederick Gyan plays for the youth side of Oxford City Football Club in the United Kingdom (UK).

It looks like Asamoah Gyan is inspired by Abedi Pele who has nurtured all his three sons to take after him as footballers.

Baby Jet, as he is affectionately called, has enrolled the first of his three children with his ex-wife Gifty in the youth team of Oxford City Football Club.

Frederick Gyan is sighted in a picture with his teammates and it seems he is enjoying the beautiful game and he could potentially play to the highest level like his dad.