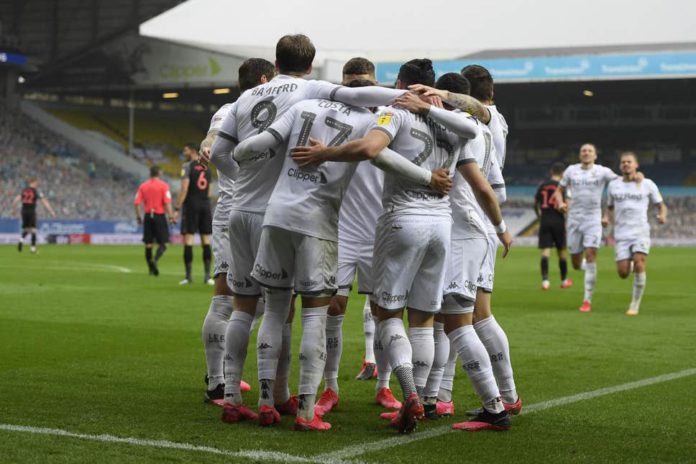 Leeds United have been promoted to the Premier League after West Brom lose 2-1 to Huddersfield on Friday evening.

The 16-year wait came to an end without the Yorkshire club even kicking a ball as Albion needed to beat Huddersfield to prolong Marcelo Bielsa’s side’s wait for promotion.

But following West Brom’s defeat to Huddersfield, thanks to goals from Chris Willock and Emile Smith Rowe, Leeds’ place back in the Premier League has been sealed.

The result at the John Smith’s Stadium meant Championship leaders Leeds secured a top-two finish with 87 points – five points ahead of West Brom who have played one game more.

Leeds, who beat Barnsley 1-0 on Thursday, will play in England’s highest division for the first time since 2004.

Since then Leeds have also spent three years in League One between 2007 and 2010, but have finally ended their top-flight wait after several near misses.

Leeds, who visit Derby County on Sunday, can also seal the title without kicking a ball if third-placed Brentford fail to win at Stoke City on Saturday.