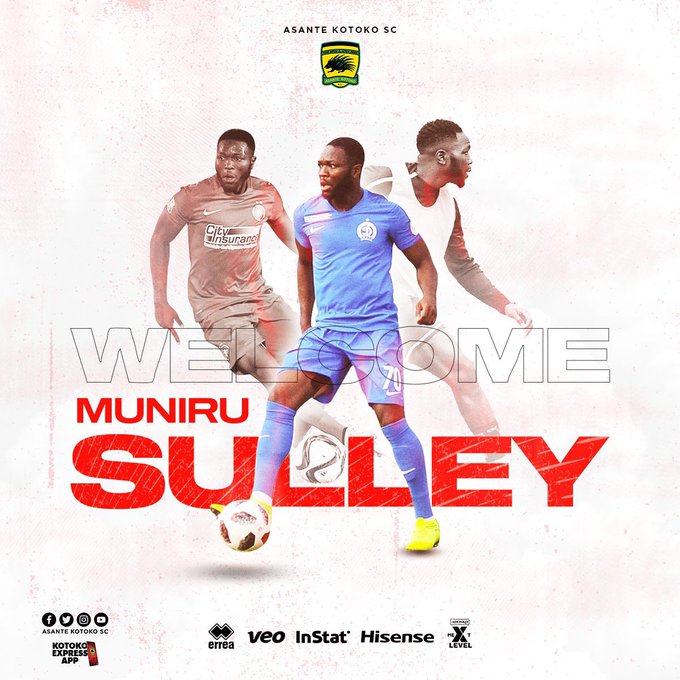 Asante Kotoko have confirmed the signing of midfielder Sulley Munuri to bolster its squad for the upcoming football season.

The Porcupine Warriors have been busy in the off-season where they have sealed the signings of a number of players to strengthen their squad.

Muniru, who played for Yeni Malatyaspor, Romanian giants CFR Cluj as well as Portuguese side Tondela joined the Ghana Premier League heavyweights on a two-year contract, having recently left Russian side FC Tombov.

The brother of former Black Stars midfielder, Sulley Muntari joins a number of players who have been signed by the Reds ahead of the start of the 2020/2021 season.

Kotoko will open their Ghana Premier League season with a home game against Eleven Wonders on 14th November 2020.