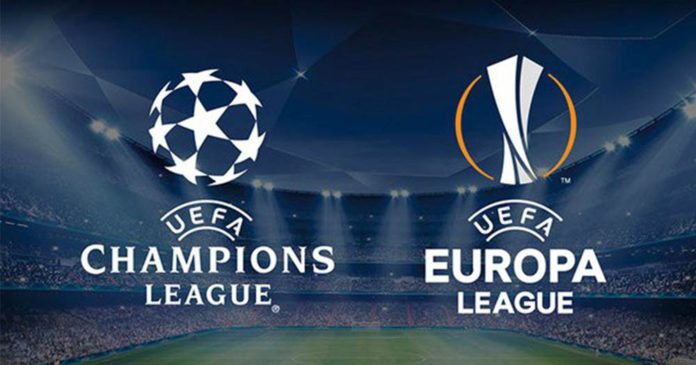 This season’s Champions League and Europa League competitions will be completed in August with ‘final eight’ tournaments in Lisbon, Portugal and in cities across Germany.

The Women’s Champions League will also be a knockout tournament, in northern Spain between 21 to 30 August.

Competitions were suspended in March because of the Covid-19 pandemic.

Uefa also confirmed that all 12 original host cities will stage matches in the delayed Euro 2020 finals.

That competition will now start on 11 June 2021. The outstanding play-off matches will be staged during the international windows starting on 8 October and 12 November, respectively.

The Champions League will resume with the second-leg of the remaining last 16 games played on 7 and 8 August – Manchester City have yet to play their home leg against Real Madrid, Chelsea are away at Bayern Munich, Juventus are home to Lyon and Napoli are at Barcelona. Uefa said it has yet to decide whether to host the matches at the home grounds or at a neutral venue.

The subsequent knockout rounds will be single-leg affairs and will be hosted in Lisbon between 12 to 23 August. The final has been scheduled for 23 August in the Portuguese capital.

Istanbul, originally appointed to stage the 2020 final, will now host the 2021 final.

The Europa League will resume from 10 August. The remaining last 16 games will be played on 5 and 6 August.

Uefa said: “A decision will be made in due course on whether these matches for which the first leg has already been played will be staged at the home team’s venue or in Germany.

“Inter Milan v Getafe and Sevilla v Roma, whose first leg was also postponed, will be played as a single leg at a venue to be confirmed.”

The Women’s Champions League, where Arsenal and Glasgow City have already reached the last eight, will be held in Bilbao and San Sebastian between 21 and 30 August. The final will be in San Sebastian on 30 August.