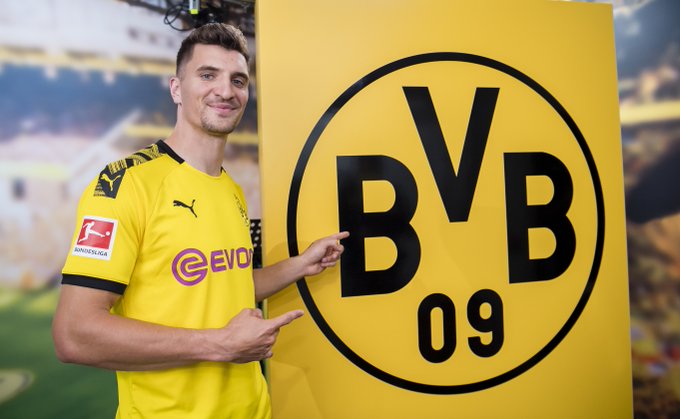 Borussia Dortmund have confirmed the signing of Paris Saint-Germain defender Thomas Meunier, who moves to the Westfalenstadion on a four-year deal.

Recent reports had stated that the Belgian had opted against signing a short-term contract extension which would have allowed him to compete in the rest of PSG’s Champions League campaign after the Ligue 1 season was curtailed.

And he has now put pen to paper on a four-year deal with Dortmund, saying that his identification with the club’s style of play was key to his decision.

“Borussia Dortmund play exactly the football that I want to play: exciting, authentic and natural,” he told the club’s official website.

“BVB are known for their enthusiastic fans and the atmosphere the game with PSG at Signal Iduna Park really influenced my decision. I am ambitious and, like with Bruges and Paris, I would like to win titles with Dortmund.”

Meunier will join up with two of his Belgian team-mates in Axel Witsel and Thorgan Hazard when he moves to Borussia Dortmund.