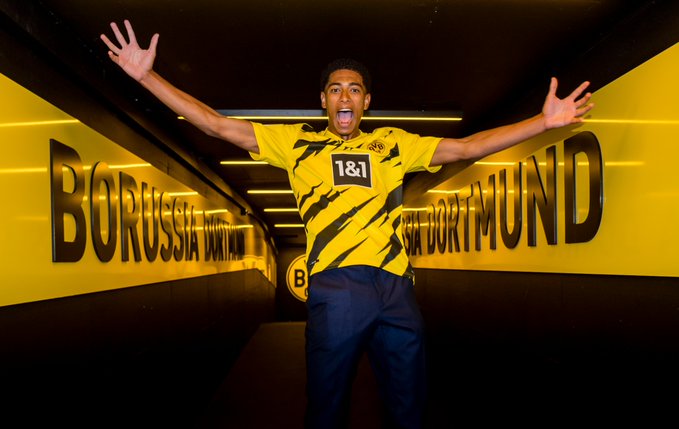 The fee is reported to be around £25million, with the England U17 star signing a long-term contract with the Bundesliga runners-up.

Bellingham came through the ranks at Birmingham City and became the Blues’ youngest ever debutant when playing in the League Cup aged 16 years and 38 days.

The versatile midfielder was also linked with a move to Manchester United, but the youngster has opted for Dortmund, who took Jadon Sancho under their wing from Manchester City and developed the winger into an England international.

“I can’t thank Birmingham City enough for what the club did for me – not just this season, but since I came to the club when I was seven,” he told Dortmund’s website.

“Jude Bellingham confidently chose BVB and, of course, was primarily concerned with the sporting perspective that we showed him,” said sporting director Michael Zorc.

“We immediately see Jude as a reinforcement for our professional squad, but of course we will also give him the time to get used to the higher level.”

Bellingham added on Birmingham City’s website: “I can’t thank Birmingham City enough for what they have done for me, not just this past year but since the age of seven.

“However, I’m incredibly excited to have joined one of Europe’s biggest clubs. The direction they are heading in and how much they help to improve young players made it an easy decision for myself and my family.

“I can’t wait to perform in front of all the fans when they are back inside one of the most beautiful stadiums in the world.”