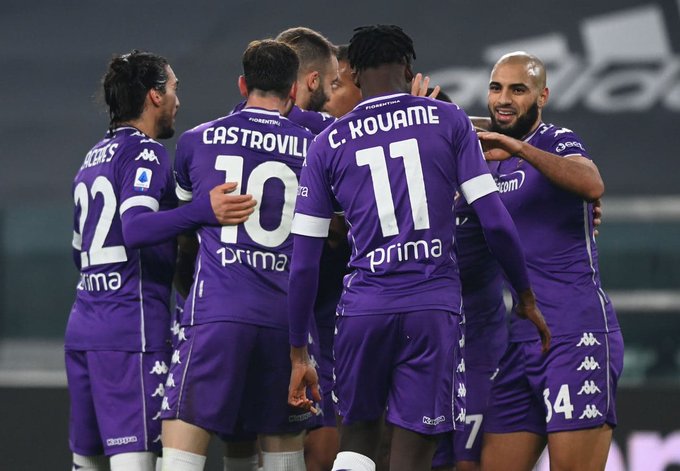 Ten-man Juventus’ unbeaten start to the Serie A season was ended by Fiorentina as they suffered a humbling 3-0 loss at the Allianz Stadium.

The champions had gone 12 games without a loss in the top flight under Andrea Pirlo prior to Tuesday’s setback, coming on the day they discovered their 3-0 forfeit win over Napoli in October has been revoked following their opponents’ successful appeal.

Dusan Vlahovic scored early on for Fiorentina and Juve then lost Juan Cuadrado with 18 minutes played, the referee upgrading the yellow card he initially showed to a red following a VAR check.

Juve were unable to hit back and conceded twice more in the final 14 minutes, with Alex Sandro putting into his net and their former player Martin Caceres tapping in to inflict a further Scudetto blow on Pirlo’s men.