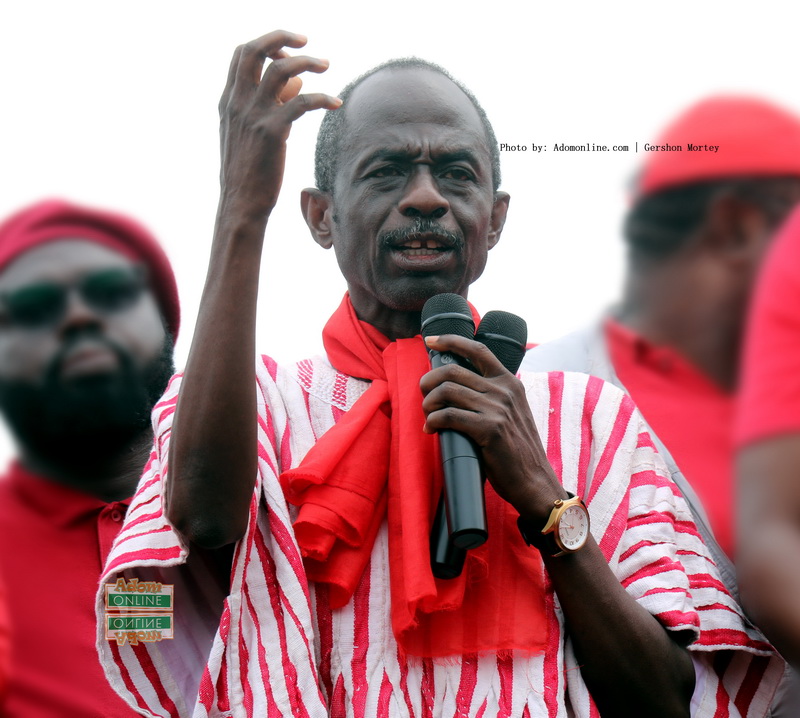 The ruling New Patriotic Party (NPP) has been accused of orchestrating the recent disturbances in the Volta Region.

General Secretary of the opposition National Democratic Congress (NDC), Johnson Asiedu Nketia, claimed the attacks by the Western Togoland Restoration Front were part of a grand scheme to reduce votes in its stronghold.

“As far as I’m concerned, what is being hyped as the Western Togoland issue is a 100 per cent NPP orchestration. NPP will want to do everything to make sure that you don’t participate fully in the December elections,” he stated while addressing party supporters in the Volta Region.

The NDC scribe alleged that, the supposed suspects they arrested in the bush were all fake.

“Their game plan is simple: they send people to the bushes to go and train and they themselves went to the bushes with cameras to capture these training camps to come and show the international community that Voltarians are training in the bush for subversive activities,” he explained.

General Mosquito, as he is popularly called, said the secessionists’ attacks were just a tip of the iceberg.

“As I stand here, I’m fully aware of military uniforms having been prepared so on December 7, these uniforms will be put on vigilante people to come round Volta Region, in all polling stations to create problems and then they will deploy more military and then Volta Region becomes a battleground from where no election can take place,” he claimed.

The game plan of the NPP, Mr Nketia said is to prevent majority of voters in the Volta Region from voting in the December polls.

“Their simple thinking is that if Voltarians don’t participate in the elections, then they may secure a cheap victory without thinking about the consequences of what they themselves are planting,” General Mosquito stated.

Watch video above for more: