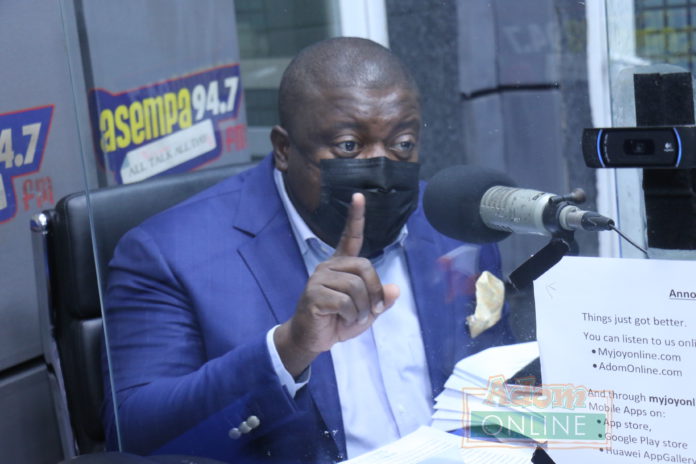 The National Youth Organiser of the New Patriotic Party (NPP), Nana Boakye, known as Nana B, has described the National Democratic Congress (NDC) agents, who were at the national collation centre for the December polls, as lazy.

He also argued the work was above the capabilities of the agents; Rojo Mettle-Nunoo and Dr Michael Kpessa-Whyte.

Nana B, who is one of the spokespersons for the governing NPP with regards to the 2020 election petition, alleged that these agents are the reason they are in court.

According to him, Dr Kpessa-Whyte and Mr Mettle-Nunoo are not serious because before the election the NDC claimed the Electoral Commission’s chairperson, Mrs Jean Mensa, could not organise free, fair and credible election.

Hence, doesn’t understand why they would leave the collation centre out of faith at that crucial time on the basis of being instructed by her.

“Kpessa-Whyte said he left his phone charger at home and when they were instructed to go and see former president Mahama he left his laptop too at the collation centre so what figures were they going to present to him ?” he asked.

Nana B, in an interview on Adom FM’s Burning Issue on Wednesday, said the two men were trusted and sent to represent their party so he doesn’t know why they would allow themselves to be deceived.

He said: “I would be very sad for sending these men to represent the NDC if I were former president Mahama.”

He stated he believes the 2020 election petition would help Ghanaians learn and also he is expecting some electoral reforms in the end.