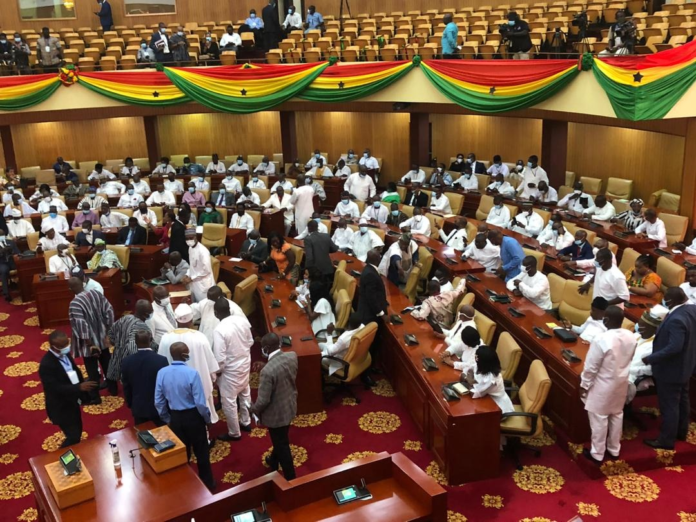 Some National Democratic Congress (NDC) Members of Parliament attempted to snatch box during voting to elect Speaker for the 8th Parliament.

This was after they alleged an MP of the New Patriotic Party (NPP) violated the secret ballot rule.

Some MPs rushed onto the platform where voting was taking place and attempted to snatch the box – a move which was prevented by one of the marshals.

MP for Yapei Kusawgu constituency, John Abdulai Jinapor was seen kicking the ballot box to the floor as chaos erupted.

Heavy joint military-police had to be deployed to the Parliament House to restore calm.