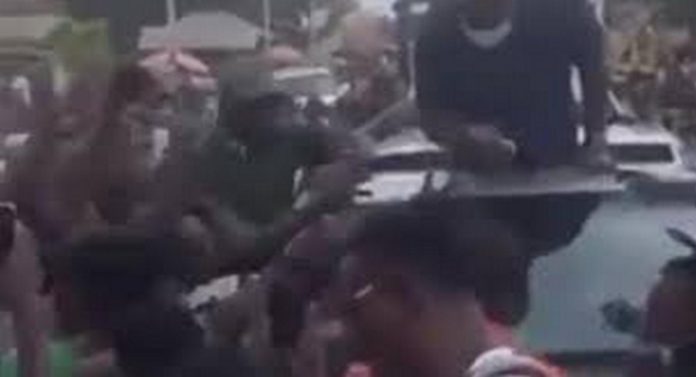 The John Mahama campaign team has reacted to reports of the flagbearer spraying cash on residents of Berekum on Monday during a tour in the area.

A viral video on social media saw Mr Mahama being mobbed by residents who had come from far and near to welcome him.

Mr Mahama was seen waving at residents who had no regard for the Covid-19 safety protocols.

With Shatta Wale’s ‘Mahama Paper’ song playing in the background, Mr Mahama was spotted gifting residents something that appeared as money.

However, a statement signed by his spokesperson, James Agyenim Boateng, urged the public to ignore the fake news.

The campaign team clarified the supposed monies were rather branded nose masks, aprons and t-shirts which are distributed during the campaign rounds.

Read the full statement below: