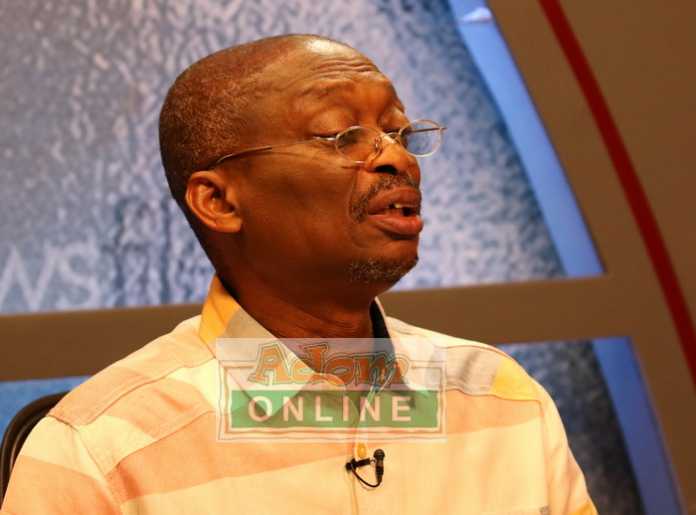 Veteran broadcaster, Malik Kweku Baako, has described as fallacious the National Democratic Congress’ (NDC) position that Professor Jane Naana Opoku-Agyemang had no hand in the cancellation of the Teacher Trainee allowance during the erstwhile Mahama administration.

His comment comes as a reply to NDC’s Communications Officer, Sammy Gyamfi, who said the cancellation of the Teacher Trainee allowance and the introduction of the three months salary payment for newly recruited teachers, were all decisions made by the government and not the Education Minister.

Mr Gyamfi said: “Firstly, the claim that Prof. Naana Jane Opoku-Agyemang canceled Teacher Trainee Allowance is false. The decision to replace Teacher Trainee allowance with student loan was a Cabinet decision and not a ministerial decision.”

However, Mr Baako, speaking on Joy News’ Newsfile Saturday, said one cannot divorce the Ministerial position from Cabinet, thus, the NDC should desist from creating an excuse for their running mate.

“How are you trying to divorce the Ministerial from the Cabinet? That’s a sign of weakness, that you don’t really have a solid case to sell.

“Because look, the Minister or the Ministry prepares a memo on such key issues, memo goes to Cabinet, Cabinet discusses it and then whatever they do there.

“So for somebody to come around and say that was a Cabinet decision, not a Ministerial one, it is peddling a fallacy.”