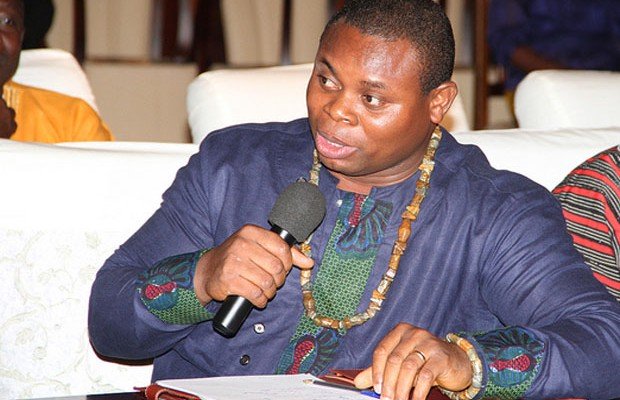 Policy think-tanks; IMANI Africa and the Alliance for Social Equity and Public Accountability (ASEPA) together with some Civil Society Organizations (CSOs) have served notice of intention to petition the Supreme Court on the ongoing legal scuffle over the voters’ register between the NDC and the EC.

The Amicus Curiae, according to petitioners, is to challenge the Electoral Commission’s decision to limit eligibility criteria for the compilation of the proposed voter register to only National ID Card and the Ghanaian passport.

In a statement released by Franklin Cudjoe, President of IMANI Africa, he noted that the filing of the Amicus Curiae/brief had become necessary due to the supplementary evidence and information uncovered that could immensely help the Supreme Court Judges handling the case “avoid a travesty of Justice.”

Speaking further, Mr Cudjoe noted that the Amicus brief captured in detailed form, their [IMANI, ASEPA and CSOs] position on the matter currently being heard at the apex court.

Friends, when it became apparent that the Electoral Commission will not shift in its stance against the use of identification documents that have for three decades been used for voter registration purposes by citizens of Ghana, interested parties headed to Court.

IMANI is not one of the civil society organisations in Ghana noted for its extensive litigation history. As a primary public education think tank we tend to play in the public arena. The last time we went to court to press advocacy on an issue, we found the costs of hiring experts in the narrow area of telecom revenue assurance to testify exorbitant. In the end, we opted to negotiate instead.

So when the court cases against the EC’s actions started, we were left on the sidelines, despite our forceful advocacy on the issues to date. Once we started speaking about the matters in the media, well-meaning friends called to advise caution, about something called “contempt of court”.

So, after careful deliberation, we have decided to take a middle of the road strategy for now. We won’t file suit ourselves but we won’t stop talking either. The only safe and sensible way to walk that tightrope is what we, together with other activist CSOs, did this afternoon: file an an application for leave to submit an Amicus brief in the consolidated cases regarding the EC’s conduct currently before the Supreme Court. In due course, we hope to make it available to the public.

Some of the legal experts we contacted were of the opinion that Amicus briefs are yet to find serious standing in the Ghanaian courts and thus it is unlikely we would be entertained. Others said that we need only look at Ransford-France and the 2013 petition case; amicus briefs are fine if they land on the good side of their Lordships. We thank all of these experts very much. Your patriotism is why Ghana keeps plodding on despite all the challenges.

Whether or not we shall find favour with the Lords and Ladies of the Bench is, of course, outside our control. But we had to stand up and be counted.

We have done our part. What are you going to do today to stand up for what you believe in?

On behalf of ILAPI, ASEPA, the Conservative Policy Center, and our own IMANI, I wish to say that our deepest gratitude goes to the valiant and brilliant lawyers at 1st Law, led by the redoubtable Joe Debrah, for agreeing to represent us, prepare the brief and file all necessary processes within such a tight timeline. May God bless them all generously.