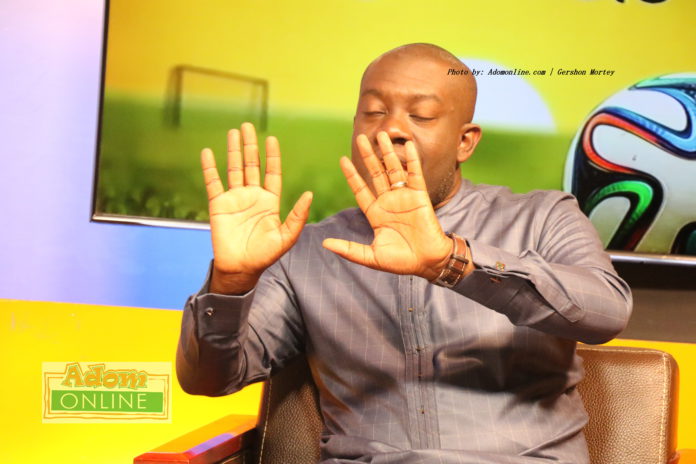 The Minister of Information has recently come under attack after his ‘papano’ comment in Parliament.

The Ofoase Ayirebi MP, Kojo Oppong Nkrumah trended for a while on social media with some describing his comment as needless.

Political Scientist with the University of Ghana, Professor Ransford Yaw Gyampo in a reaction on social media asked him not to be ‘complacent and swollen-headed’.

“Greetings to”PAPANO”, who is famed for groping women, has slept with more than half of his female appointees and has rewarded them with juicy appointments. Ayekoo! #KON-GAY @konkrumah” he tweeted.

Other MPs on the Minority side also feel the use of ‘Papano’ is unparliamentary.

But speaking in an interview on Peace FM, Kojo Oppong Nkrumah said he is unperturbed by those comments because ‘we are in an election year’ and apart from that he made the comment in jest.

According to him, “I have really been insulted, smeared, castigated; infact I was taken to the cleaners after that comment but I took it all in good faith because we’re in an election year but I will not be flustered or distracted, I will continue to do my work”

Kojo Oppong Nkrumah said he subsequently requested that the use of ‘Papano’ be expunged from the records since his colleague MPs felt offended by it; even though it was a joke.

“I don’t think John Jinapor was offended because we share jokes and as I have stated it was a comment in jest. It’s true it’s a comment on social media but I made it in jest; I didn’t mean any harm and after the Speaker said sleeping dogs should be allowed to lie, I requested to speak and I said the comment was just a joke and that since they feel offended by it, it should be expunged from the records and the Speaker allowed,” he added.