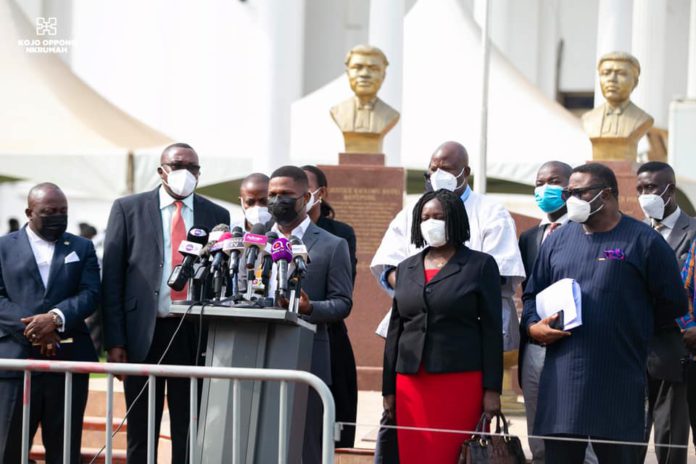 Supporters of the National Democratic Congress (NDC) have been urged to remain steadfast despite the dismissal of several applications filed by the petitioner at the Supreme Court.

National Communications Officer of the party, Sammy Gyamfi, maintained that there will be light at the end of the tunnel.

“Those who are crestfallen, those who are discouraged and sometimes call us, worried and disturbed saying ‘Why don’t you withdraw this matter?’, ‘You shouldn’t even go to court’.

His assurance comes after concerns have been raised by some party officials and aggrieved supporters of the NDC on social media after the Supreme Court on Monday, again dismissed an application for review to have the petitioner reopen his case to subpoena the first respondent, who is the Electoral Commission.

According to them, the increase in the number of applications dismissed by the apex court is worrying as such, the petitioner, John Mahama should withdraw his filed petition.

However, Mr Gyamfi, who is also a member of Mr Mahama’s legal team in the ongoing election petition said they are in court because of “the love we have for Ghana, particularly that of the petitioner.”

Therefore, he urged all persons to rally behind Mr Mahama and not be perturbed by present developments in the ongoing election trial.

“Let us all be patient with the legal team as we go through the process. We are not abusing the court processes like some are suggesting and we have not defied the orders of the court,” he noted.