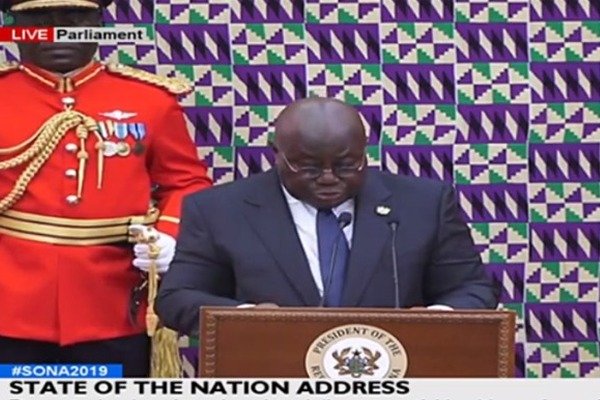 President Akufo-Addo will on Tuesday, January 5 2021, deliver his final State of the Nation Address as he prepares to make way for his next government.

The address is in accordance with Article 67 of the 1992 Constitution which states in part that: “The president shall at the beginning of each session of Parliament and before the dissolution of Parliament, deliver a message on the state of the nation”.

The President’s address will mark the end of the 7th parliament of the fourth Republic which will be dissolved on the midnight of 6 January 2021.

The Public Affairs Directorate of Parliament in a statement said the event is scheduled for 10:00 am and strictly by invitation due to COVID-19.

Akufo-Addo expected to use his final national speech to remind Ghanaians of his government’s achievements while urging unity in the country and rallying support for his next administration.

Meanwhile, Akufo-Addowill be sworn into office by the Chief Justice in Parliament on Thursday, 7 January.