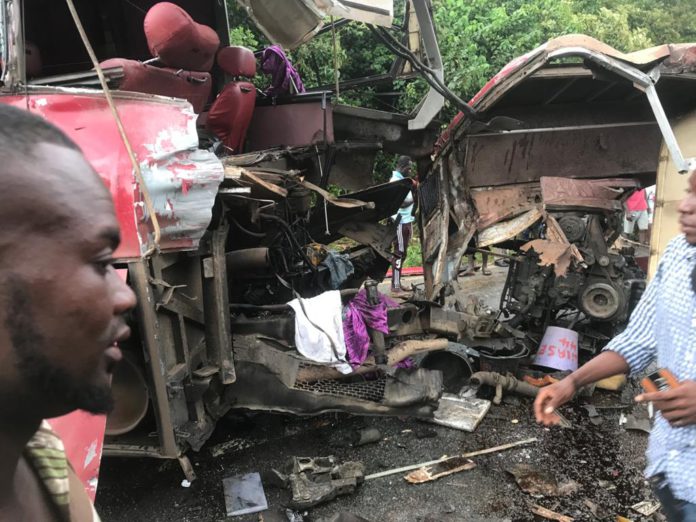 Information reaching adomonline.com has it that there has been a fatal accident on the Obuasi-Dunkwa road in the Ashanti Region.

The accident, reported to involve a Sprinter and a Ford vehicles occurred in the late hours of Monday, around 11pm.

According to Adom News reporter Isaac Normenyo, an attempt by both vehicles to manoeuvre sand debris on the road resulted in the accident.

Six persons are said to have died on the spot with another four dying upon admission at the Obuasi Government Hospital to put the number of deaths at ten.

Those seriously injured have been transported to the Komfo Anokye Teaching Hospital for treatment.