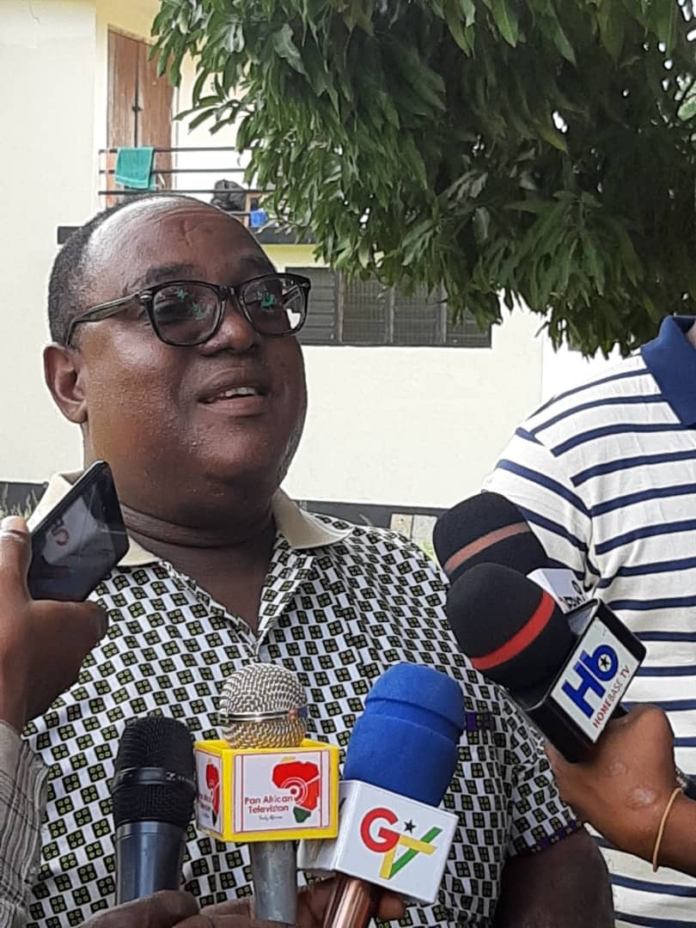 Heads of both basic and senior high schools (SHSs) in the Ashanti Region have called on the government to consider factoring into the programmes of both the Ministry of Education (MoE) and the Ghana Education Service (GES) a quarterly disinfection exercise in schools.

This, according to them, would not only fight the coronavirus disease (COVID-19) but also protect the students from contracting it.

The heads of schools made the call on Thursday, 25 September, 2020 during the third phase of the nationwide disinfection and fumigation exercise in basic and SHSs in the Ashanti Region.

Speaking to journalists, the Headmaster of Kumasi Academy, Mr Samuel Kwame Gato, entreated the MoE and GES to consider the matter of quarterly disinfection in schools seriously, particularly as the virus was still lurking.

He said the first and second exercises helped his school a great deal, thus insisting that the third one would do same as they welcome the second year students back to school.

He was optimistic that there would not be any contraction of the disease by any of his students even though boarding facilities would not be provided for the day students amongst the student population.

At the Ibadan Rahman SHS in Asokore Mampong, the Headmaster, Mr Adam Abdul Jamal, reinforced his colleague’s position, stating that “for now regular disinfection was very critical in curbing the virus, especially in the schools.”

According to him, though his school did not record any positive case of the virus, the disinfection exercise would help allay the fears of members within the school environment.

For his part, the Programmes Director, SOS Children’s Village, Kumasi, Mr Bernard Amoako, explained that in the wake of the pandemic, it was necessary for the disinfection exercise to be carried out on quarterly basis.

Being a viral disease, he said the regular repeat of the exercise would help contain the virus and, therefore, encouraged students to return to school.

The General Manager (GM) of Zoomlion Ghana Limited for Ashanti Region, Mr Philip Asante Yeboah, stressed that the exercise was helpful in containing the virus.

He further noted that because no one knows the behaviour of the virus, it was necessary to carry out the exercise regularly to ensure safety among the school community.

Some of the schools that were disinfected were Kumasi Academy, Parkoso Cluster of Schools, Ibadan Rahman SHS among others.

The Municipal Director of Education, Asokore-Mampong, Mrs Hajia Katumi Natogmah Attah, said the disinfection was the only way out of the pandemic.

According to her, testimonies from the previous exercises indicated that the chemical used in the disinfection was equally potent in fighting off other viruses.

She expressed appreciation to the government and the Zoomlion for the collaboration.