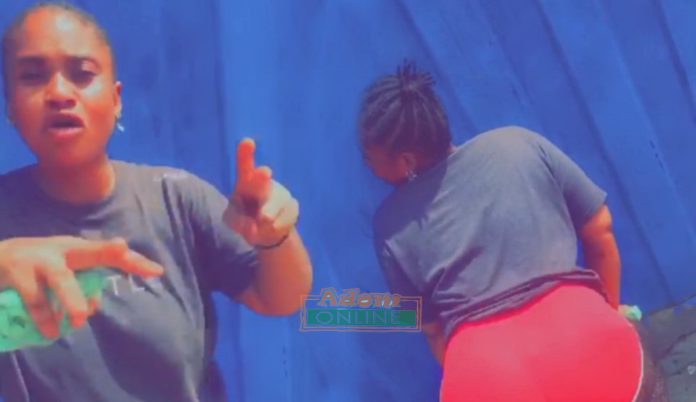 A video, which captured the last moment of a young lady, known as Ama Broni, who died mysteriously while twerking naked on stage at Kasoa, has popped up.

The incident happened at Liberia Camp during a street carnival.

It was not so clear what might have led to her sudden death but information gathered suggested that during performances at the carnival held on January 16, 20201, the lady twerked naked on stage.

In the video fast circulating online following her death, the Akwatia-based woman was seen clamouring for massive turnout for the carnival.

In high spirit, she anticipated a fun-packed night she was optimistic Ghanaians could not afford to miss.

“That day, girls, we are ready for everybody. If you don’t come it will be a disservice to you,” she said happily.

However, her excitement for the fun-filled day was cut short with the unfortunate incident.