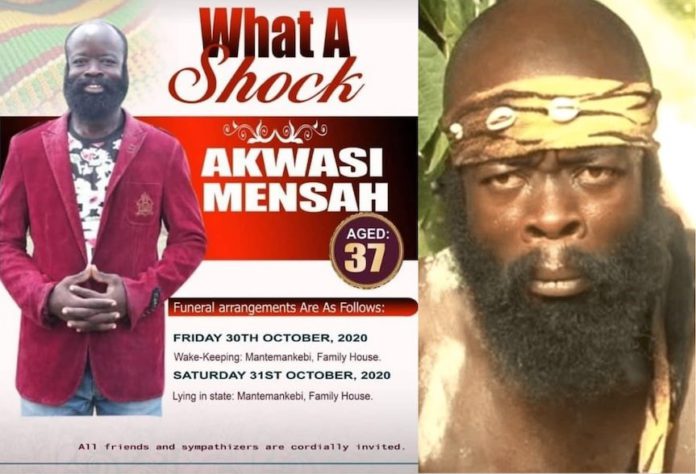 In an audio recording Mr Amankwah has indicated that he is neither dead nor even sick as being rumoured.

According to Amankwah, who was speaking to colleague actor, Joe Shortingo on phone, he is currently on a location filming new TV series.

Reports went viral on social media on Monday, September 28, 2020, that Mr Amankwah had passed away.

The reports were started by a funeral poster with the actor’s image on it which had surfaced online earlier in the day.

YEN.com.gh reported on how the funeral poster had got a section of Ghanaians on social media were reacting. The report made it clear that the poster looked more like a promotional tool for an upcoming movie.