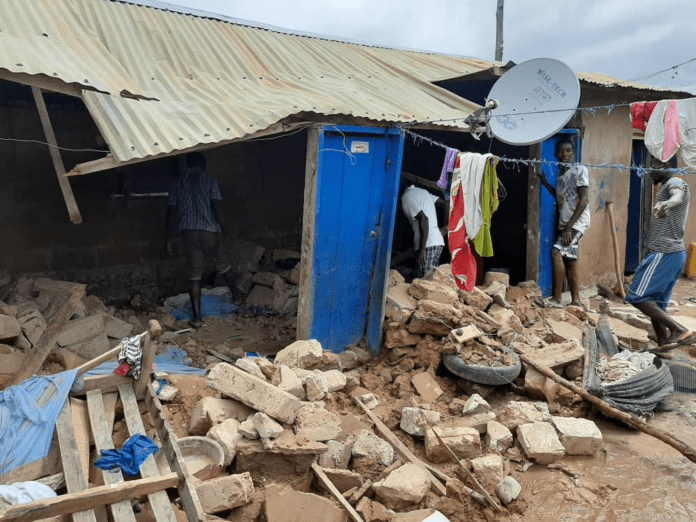 At least five persons have sustained injuries after a building collapsed on them in Yeji after a heavy downpour.

Two people were said to have sustained severe injuries and were rushed to the St. Mathias Hospital for medical attention.

According to reports, about 17 people were in the house located at Fante Kura a suburb of Yeji in the Pru East District in the Bono East Region when the incident occurred.

He said the building collapsed during a thunderstorm in the area and the five were trapped.

Hon. Mohammed indicated that, he led a rescue team who search through the rubble for survivors and found two who were in critical condition.

All five, he said were rushed to the hospital for treatment.