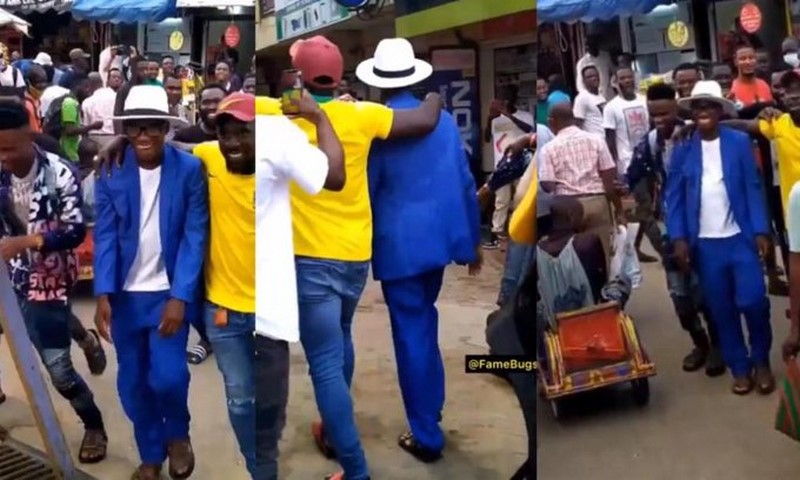 In a new video circulating online, the unperturbed man, who scammed some Ghanaian celebrities, was given a ‘presidential treat’ when he stormed the most busiest place in the capital.

He was seen wearing a blue suit with a white cowboy hat to go with it and walked gallantly in the middle of some men who were protecting him from the mob that formed as a result of his presence.

Dr Fordjour, over the past week, has become the talk on both social media and in the traditional media for carrying out a fake award scheme which sought to honour great persons in Ghana.