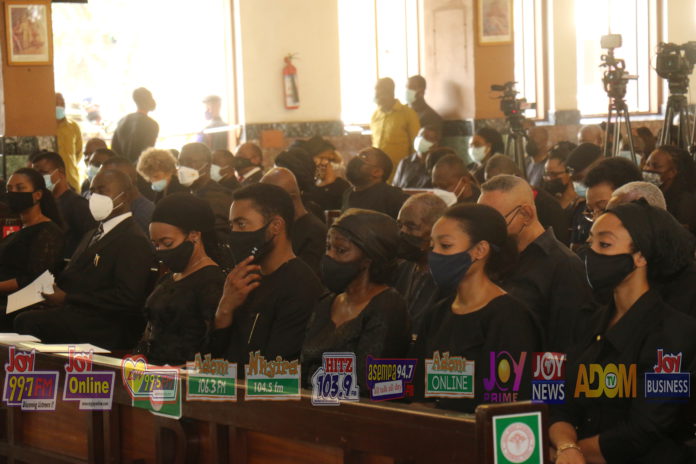 The Anlo Traditional Council has revealed they were not properly invited to the funeral of the late ex-President Jerry Rawlings, hence its absence.

According to the Secretary of the local funeral planning committee, they only received a funeral invitation on Monday, January 25, 2021, when activities preceding the burial had begun.

The Secretary, Agbotadua Kumasah, explained there was no need for them to show up since they had been ignored from the beginning of preparations towards the funeral.

“We were expecting to be formally informed by the central planning committee chaired by Ambassador Eric Gbeho but that did not even happen and it was the Anlo District Chief Executive who brought us a letter on Monday,” he said.

Speaking in an interview on Asempa FM’s Ekosii Sen, Wednesday, he noted they were also exempted from performing any role at the funeral.

“Three representatives from the Traditional Council were appointed to serve on the central committee but were ignored and never invited for any of the meetings on the funeral arrangements and we felt sidelined,” he said.

When asked about a representative at the funeral who laid a wreath on their behalf at the Black Star Square, Mr Kumasah described the person as an outcast.

“We did not send any delegation so nobody was given the authority to do anything on our behalf,” he indicated.

Listen to the audio attached above: