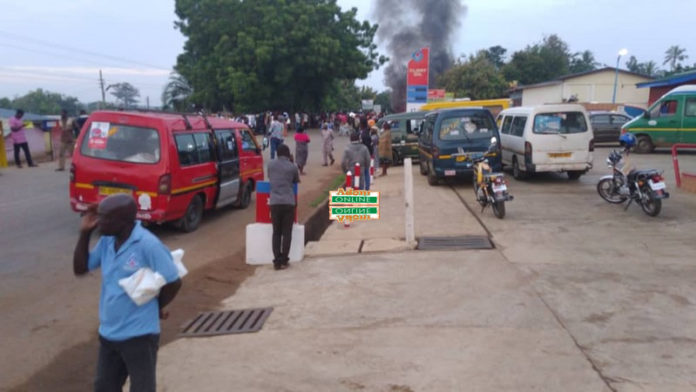 A combined Police-Miltary team has arrested about 20 people in connection with the chaos on the Kpong-Akosombo road on Friday.

The joint team made the arrest after being deployed to the area to ensure the protection of lives and property at Juapong in the Volta region.

Though it is not clear if the arrested persons are part of the group, they are currently being kept in a military truck amidst tight supervision.

This comes after a group of young men, believed to be members of the Western Togoland secessionist group, mounted a roadblock at Akrade and prevented vehicular movement.

The group, said to be wielding implements and sticks and chanting war songs, mounted the roadblock around 2:00 am Friday and turned away vehicles as they claim ownership of the area.

The Western Togolanders also used heaps of sand to block the Mepe-Sege road and the Accra-Ho road at Juapong.