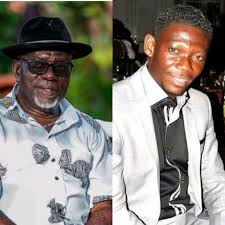 Even though the duo have acted some movies together over the years, Mr Amugi explains the latter’s character has informed his decision.

“I Think it is Agya Koo; he is one person I will not like to work with him again because we went to work somewhere around the Sunyani–Kumasi road.

“We were there the whole day but he came around 5:30 pm and told us he works in the evening,” Mr Amugi said in an interview with GhOne TV.

Mr Amugi said he was disappointed for someone in Kumasi to report late while others from Accra were there on time.

“It wasn’t like we were going to shoot the night scene but you decided to come around that time.

“I live in Accra but I came early and you come out to say you work in the night,” he lamented.