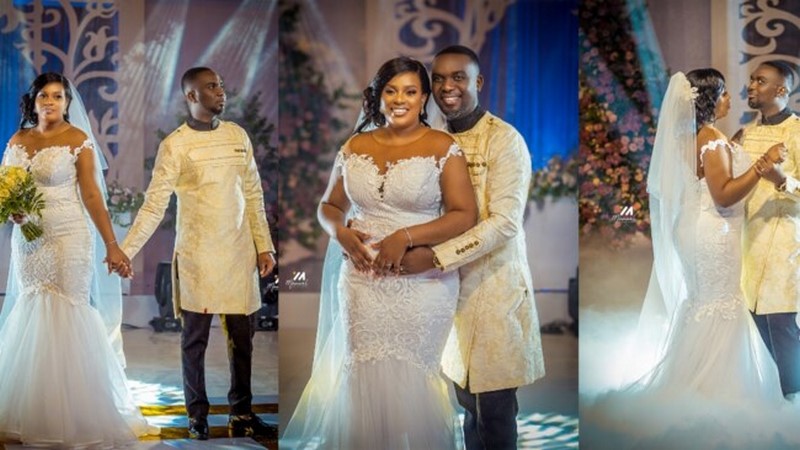 The video on the Instagram page of the singer showed that the singer was pretty much excited at the fact that he was tying the knot.

Excerpts from the video showed the moment Mr and Mrs Mettle arrived at their reception to short scenes from hours before his White Wedding.

Another part of the video showed the singer receiving a gift from his groomsmen – a customised Bible that had his name on it.

The ‘Bo No Ni’ singer appeared very surprised after receiving a gift and was even much awed by the fact that it had his full name written in gold on it.

It appeared he was taken aback by the gift and he ended up shedding some tears of joy before going out to the church for his white wedding.

Other parts of the video posted by the singer showed when he put his dancing shoes on and displayed to the admiration of the wedding guests.