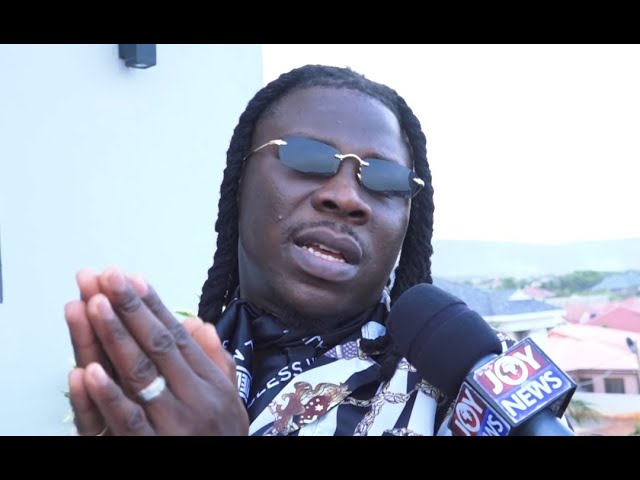 Afro dancehall artiste, Livingstone Etse Satekla, better known by his stage name Stonebwoy, has disclosed that he had to push to get a verse on Jamaican musician Sean Paul’s latest album titled Life and Livin.

Speaking to Joy News’ Catherine Opoku-Asamoah, Stonebwoy said upon visiting Sean Paul in Jamaica recently he listened to the almost completed album and that’s when he asked to be featured on.

He disclosed that he pushed to get a verse on a song on the album though he was told that it was near ready.

“I was like nahh, I have to be on this album; he says it’s pretty much closed and I said I don’t mind, just open up a thing so he goes on to the album and opens a verse for me,” Stonebwoy said.

During an Instagram Live session, he commended Stonebwoy for doing authentic dancehall music.

He said he respects him because he is one artiste who actually goes to Jamaica for the production of his music.

“There are a lot of people who do dancehall but they don’t say, ‘I do dancehall’. They don’t come to Jamaica for the production so I really respect that about him,” Sean Paul noted.

Additionally, Sean Paul further described Stonebwoy as authentic due to his numerous visits to better his music craft in Jamaica.

Meanwhile, the album also featured talented international artistes such as Mavado, Buju Banton, Busy Signal and a host of others.

Stonebwoy is the only guest artiste who is a non-Jamaican artiste to be featured on the album.

Sean Paul recruited Stonebwoy on the remix of his song, ‘Guns of Navarone’, which also featured Jesse Royal and Mutabaruka.