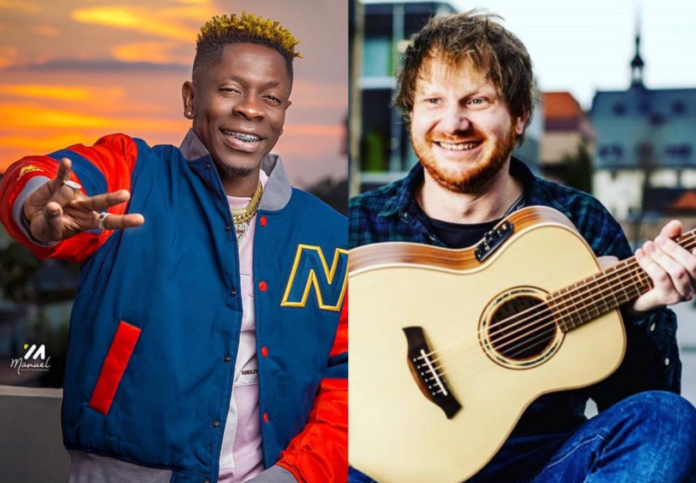 Dancehall musician Charles Nii Armah Mensah popularly known as Shatta Wale has teamed up with UK pop star Ed Sheeran on a song which is set to be premiered.

Jethro Alonestar Sheeran, a singer and cousin of UK pop star Ed Sheeran made the announcement via his twitter page.

This international collaboration comes after the Already hitmaker featured on Beyonce’s The Lion King: The Gift music album that went global.

Meanwhile, fans of Shatta Wale have since been lauding the Shatta Movement (SM) boss for the international collaboration.

Check out reactions on social media below: