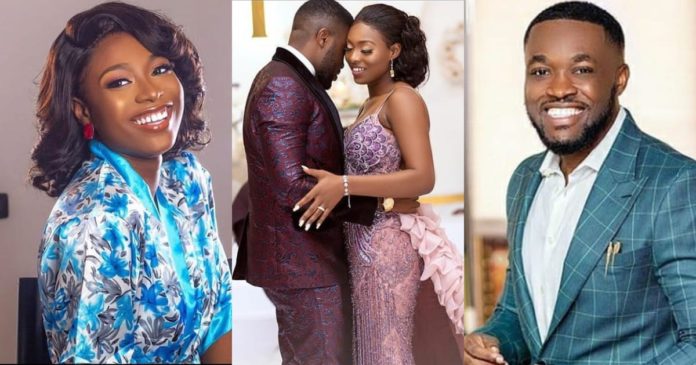 Kennedy Osei, the first son of business mogul, Osei Kwame Despite, and his wife Tracy Osei (nee Ameyaw) have become a celebrity couple since their plush wedding in February.

From that time, everything concerning Kennedy and Tracy has become of public interest, especially on social media.

Just like all their other photos and videos, a photo of Kennedy and Tracy has popped up and has been causing a stir.

The trending photo has the couple in a very romantic pose.

In the photo, Tracy was seen wearing a white dress while Kennedy wore a dark-coloured shirt with some patterns drawn in it.

Tracy, who was facing her husband, held him by the waist. He also held her by the waist with his right hand while he took a selfie with his iPhone. From the background, the couple looked to be inside a bathroom when they took the picture.