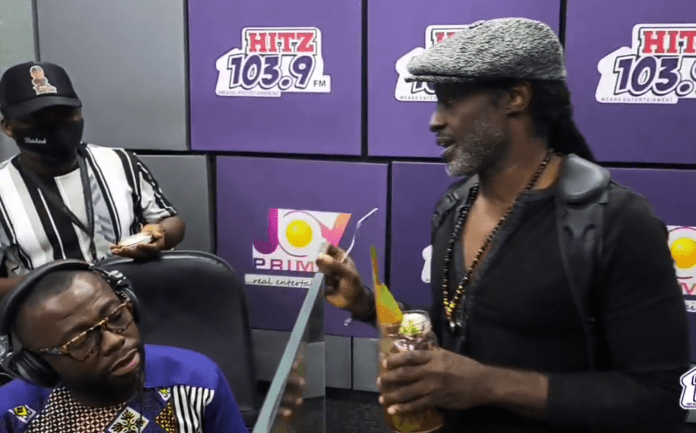 Musician and businessman, Reggie Rockstone, passed by Hitz 103.9 FM’s Daybreak Hitz show on Tuesday with his wife and he showed the public how his ‘waakye’ being sold in a jar can be “pulled” out.

The first time he released photos of the food on his social media pages, it caused a stir among his fans who debated on whether it was apt to be sold that way.

Watch Reggie demonstrate to Andy Dosty how it is served below: