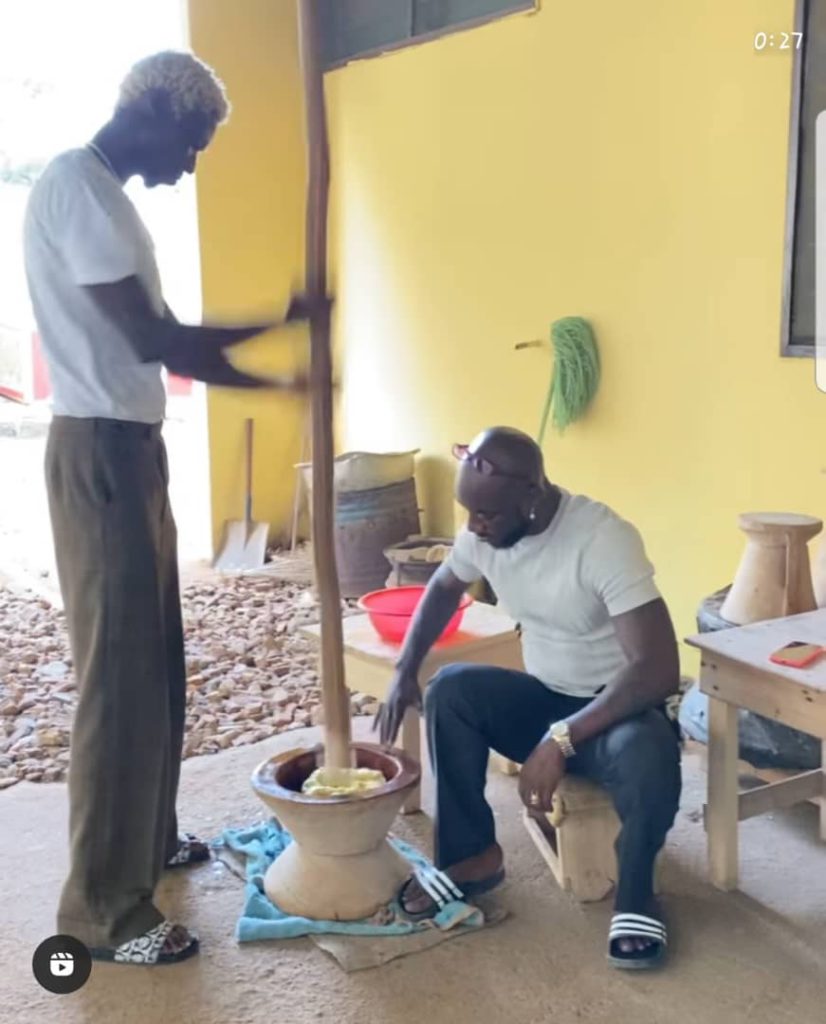 A full ‘husband material’ is what musician Kwabena Kwabena sought to prove he is, when he exhibited his cooking skills on social media.

The 42-year-old has posted a video on Instagram that has won him many suitors who were impressed with his fufu ‘driving’ skills.

Kwabena Kwabena was enjoying some soothing highlife music as he went about his business with his mother’s mortar.

The content of the song explained his action as they suggest that the musician will wait on no one to have a well-cooked meal because he is competent enough to do so himself.

With the help of an elderly man, the barima nkwan, as they called it, was ready and served.