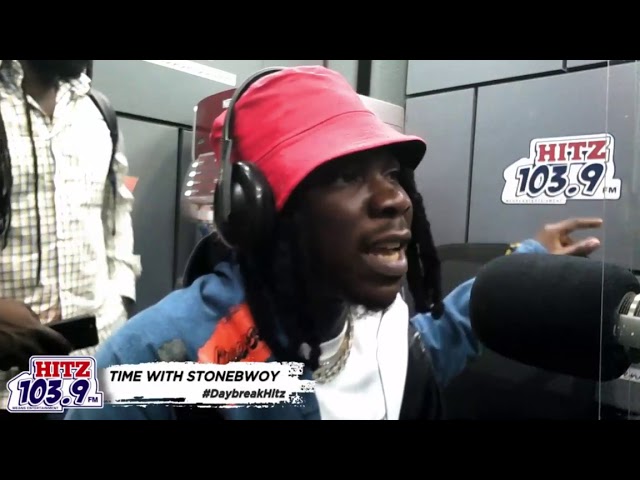 Dancehall musician, Stonebwoy, has opened up on what really happened between him and Sarkodie’s manager, Angel Town at the latter’s ‘Black Love Virtual Concert’ which took place months ago.

According to him, he never slapped Angel Town. He said he did everything he could to save the heated situation.

Prior to Sarkodie launching his ‘Black Love Virtual Concert’, which took place at the Independence Square, reports emerged that Stonebwoy had pulled a gun on Sarkodie’s manager after a little misunderstanding.

The news travelled far with many blaming Stonebwoy because of his earlier VGMA brawl with Shatta Wale where he was equally accused of brandishing a weapon.

But, reacting to the allegations on Hitz FM’s Daybreak Hitz show, Stonebwoy denied assaulting Sarkodie’s manager like it was reported to the police.

That weekend if I wasn’t a strong person, my family will have been like wow… these were gun accusations levelled against you… it was heavy on the media saying you’ve assaulted someone… and nothing like that happened.

Come on men, I didn’t assault anyone…, he said.

When Stonebwoy was asked, did you pull a gun?, he further replied, which was the most awkward of it.

Stonebwoy told Andy Dosty, this tells me that its deeper than that because the eyewitness was making more cases on top of  a complainant case which was coming from the same complainant’s camp.

The Bhimnation President insisted that he tried all he could to solve matters amicably with Sarkodie on the event grounds but the rapper drove off without saying a word to him.

I went through a lot and it thought me a lot and henceforth I can only be careful with how I deal with our fellow brothers. It’s been calmly resolved… due to Angel who I am still very cool with…

I felt disrespected highly, the communication had lapses which triggered everything.

I wanted to stay and make sure we are cool… we were in the inner perimeter with the realisation that I won’t perform.