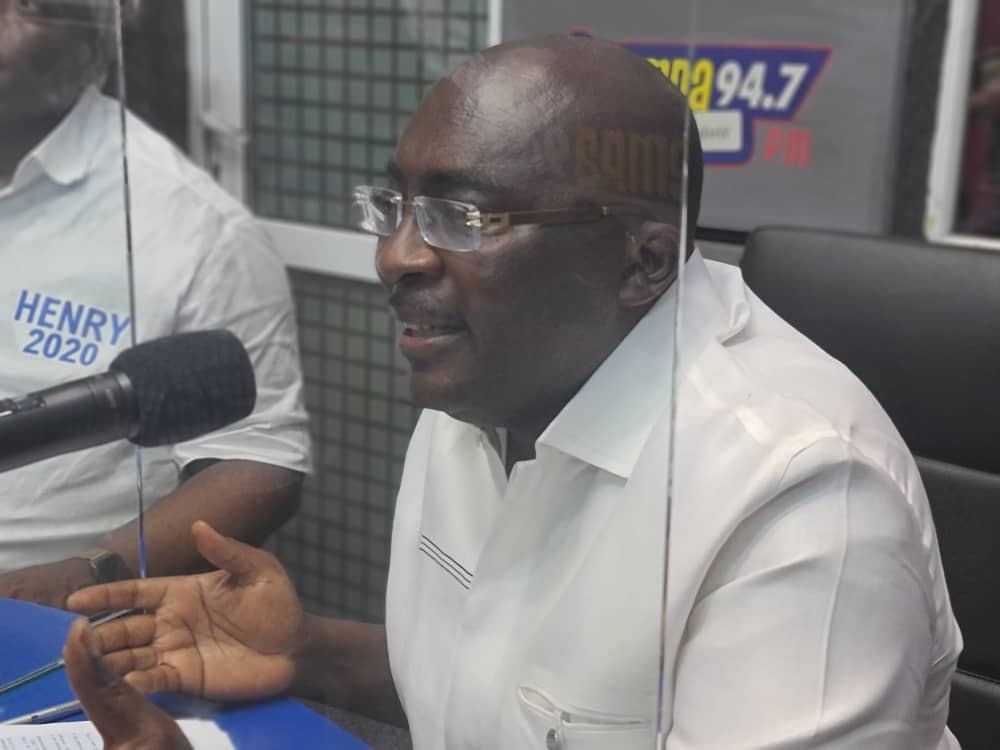 Vice President Dr Mahamadu Bawumia has opened up on some aspects of his social life away from everyday politics.

Dr Bawumia who is noted for his economic prowess seemingly has an eye on the country’s entertainment industry.

In a brief interaction with JoyNews’ Becky on the sidelines of a visit to The Multimedia Group, the Vice President revealed that ‘Kakai’ by Ghanaian Dancehall artiste Shatta Wale is one of his favourites songs.

The fans favourite record won the best song award at the Ghana Entertainment Awards – USA in 2017.

The multiple award-winning musician’s song which has since enjoyed massive public appeal since it’s release in 2016 now has a Vice Presidential endorsement to add to its credit.

Dr Bawumia on Wednesday, made a stop on Asempa FM’s Ekosii Sen programme as part of his tour of the Greater Accra Region.

On the programme, he expanded on projects undertaken by the Akufo-Addo administration while courting support for votes in the upcoming elections.