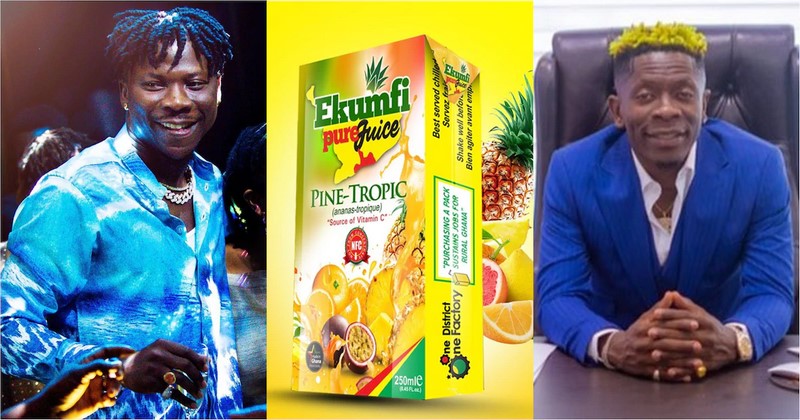 Dancehall music stars, Shatta Wale and Stonebwoy, have been spotted spending time together in a new video.

In the video, Shtta Wale and Stonebwoy decided to give ‘free promotion’ to Eku Juice, the pineapple juice product from Ekumfi Fruits and Juices Company.

The video has the two music stars sitting behind a table with their nose masks on.

Shatta Wale is heard shouting ‘Ekumfi, Ekumfi’ while Stonebwoy also shouts ‘Accranada’ in the background in obvious reference to the recent Kumerica trend.

Shatta Wale goes on to describe the Ekumfi Juice as the best juice, adding that they were drinking Ekumfi Juice.

He further expressed their readiness to become ambassadors for the Ekumfi Juice, saying “if they want to make us ambassadors of Ekumfi juice, we are here.”

And Stonebwoy concurred. Later, Shatta Wale described himself and Stonebwoy as Ekumfi brothers.

“This is a promo [from] me and my brother. Ekumfi brothers,” he said while giggling.