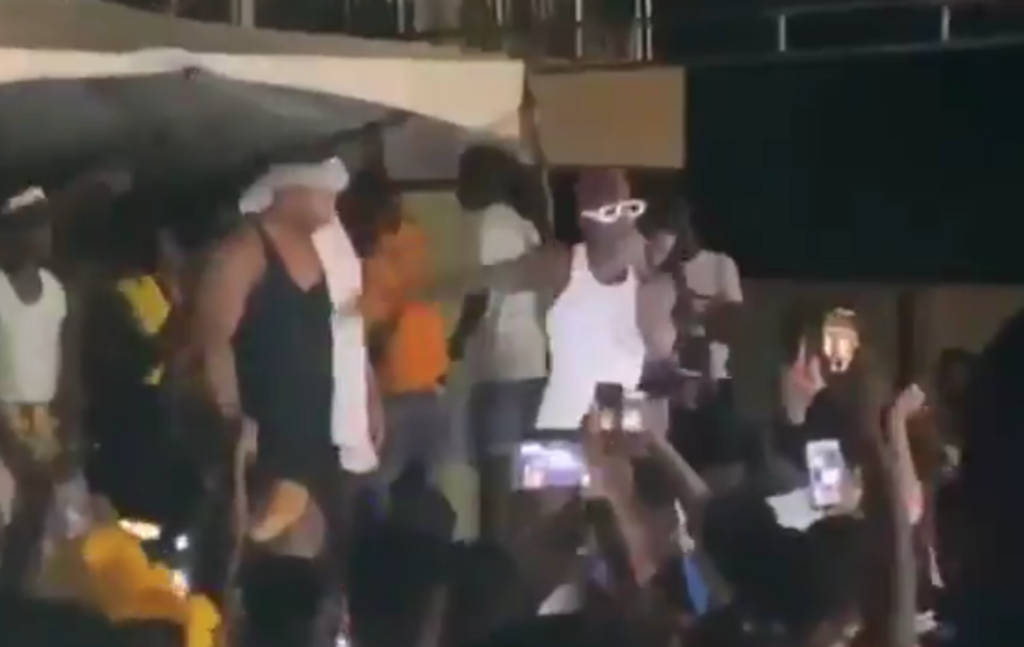 It was an embarrassing moment for fast-rising musician, Bosom PYung, when the stage on which he was performing on collapsed abruptly.

Bosom, who was billed to entertain fans at an event at Asankragwa, was happily singing ‘Emergency’ which he featured Wendy Shay on, before his mighty fall.

As he charged his fans to wave their hands to the tune, the artiste realised the packed stage was caving in, but it was too sudden for any measure to be taken.

He fell flat and got trapped in the midst of the organisers.

Bosom PYung has fed his fans in on his current health status, confirming he is fine, although he suffered small injury and little bleeding.

He also confessed but for his timely intervention, the speaker mounted on the stage would have smashed his head.