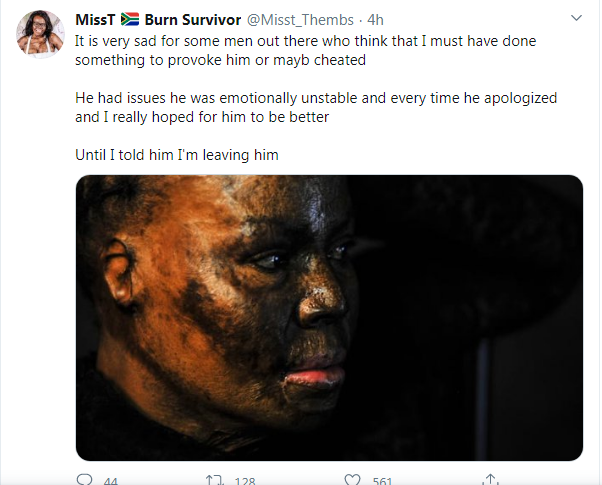 A social media user has taken to Twitter to recount how her baby daddy attempted to kill her and their daughter.

The South African tweep with the username Misst_Thembs disclosed the man doused her and their child in fuel and set them ablaze.

She explained that they had an argument and the next thing he did was to go get petrol. She said she fought him so he could not light the match but was overpowered.

After committing the act, the said baby daddy locked them up and left. Unfortunately, the little girl could not make it.

Though she did not state when the incident occurred, in series of tweets, she shared photos of herself and daughter before the unfortunate incident.

Read the posts below: